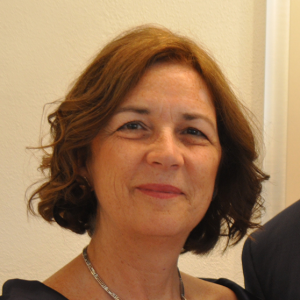 Our trip to the Amalfi Coast will not be long forgotten. It’s no wonder so many movies are made in Italy, the surroundings are stunning! We never had a bad meal and always had great wine to drink! We booked our stay at Medusa Hotel & Boutique Spa in Castellammare di Stabia, near Naples, Italy. We recommend it as a hidden jewel for a memorable vacation.

We arrived in early fall, and were greeted by the picturesque grounds and statues of Hotel Medusa. This became our base of operations for our day trips to Mount Vesuvius, the ruins of Pompeii, our island excursion to Capri and drive along the Amalfi coast. Breakfasts at La Medusa were always the highlight of the day, with cured Italian meats, Italian pastries, especially the very sweet cakes, and Italian coffee. If you like American lattes, order a macchiatto, otherwise you get steamed milk! In the evening, have a cocktail, a Tarantella or a Limoncello on the expansive grounds of the hotel. The view of the world on the top floor and terrace of the hotel are spectacular. The pool, too, pleases the eye and would be ideal in hot weather but like most European pools, was too cool for the American tourist. We were treated to fireworks at poolside which was very romantic. When you were in grade school, did you learn about the explosion of Mount Vesuvius? It was incredible to actually go to the place and try to imagine exploding fire and smoke on the mountain. Remember to wear running shoes… I wore my birkenstock sandals and would not recommend it. The walk up and down is sandy (dirty) and can be slippery. Even if you think you can’t walk up the mountain, just take it easy, it’s not that strenuous. There is a bus that will take you up and down partway. The walk up will take anywhere from 30 to 60 minutes so just take your time and enjoy the views over the Bay of Naples. When you get to the top of the crater, look carefully and you’ll see little spires of smoke still coming through the cracks in the crater. But don’t worry… even though it’s still an active volcano, there would be other warning signs if the volcano were about to erupt!

Following our visit to Mount Vesuvius, we toured the ruins of Pompeii. I recommend a guide because the grounds are so expansive, it would be hard to find all the particular nooks and crannies with specific items… how would you be able to identify a brothel? Well, by the picture on the side of the door. Also, speaking from experience, don’t go to the kiosk to buy yourself a drink… you’ll lose your tour group and spend the next 30 minutes wandering aimlessly about, trying to find your group… Instead, make sure you bring your water with you! You will see Roman temples, a roman amphitheater, numerous reconstructed houses and also some casts of bodies of children, adults and a dog who succumbed to the gases from the volcanic eruption. Colorful mosaics and paintings cover the floors and walls throughout the site and are amazing to see!

On a sunny day we took a day trip to the Isle of Capri from Sorrento. Put on your sunscreen and sunglasses and see Sorrento from the sea. The boat will take you to the Blue Lagoon. It’s optional but well worth it. Basically you get off the larger boat into a 3 passenger rowboat with a Venice-like gondalier/rower. Our guide sang as we went into the lagoon. I wondered what the big deal was… just a black hole in the rock… until… you turned around and the entire lagoon is a beautiful incandescent blue. Add in the tour guide singing Italian songs and it’s a perfect scenario!

Did I mention we’re runners? We belong to the US Running Streak Assocation. No, that’s not streaking in the nude… it’s just run a mile (minimum) per day, every day… the longest streak is over 50 years! Imagine! So, anyway, we have to continue our running streak, even when on holiday. On our first day’s run, we ran from the Hotel Medusa, down the streets to the ‘mare’ but the crazy traffic had us exhausted by the time we got to the peaceful water. So, next few days, we drove (in the crazy traffic) down to the ‘mare’ and had a pleasant run along the water. Jamie wanted to run two miles down Mount Vesuvius but he paid for it in certain muscles not used to running downhill for long stretches. However, we are still on the streak!

Drive along the coast – restaurant along the way, fireworks

In the US, I’m not a fan of airport shopping… it’s usually over-priced and you could guess that, assuming that leasing space in an airport would be expensive, hence high prices. However, to my great delight, I didn’t find this to be the case in Naples – In particular, there was a small boutique for Italian designer, Roberta Biagi. I bought a number of very unique pieces of clothing, also a perfume called Red Persia that I love… it reminds me of our trip whenever I wear it…

Our Rental Car Accident in Italy

Driving in Italy is not for the faint of heart. We were travelling as 3 couples, so we rented a van. It was not uncommon to be driving along a narrow Italian street with a motorcycle on both sides of you, each with one, two, even three passengers. We had a small ‘accidente’ coming out of a parking lot after dinner… didn’t see that there was a stone wall on the passenger side of the van. Scraaaaaaaaaape… But, thanks to billigermietwagen.de, it was not an issue at all. I expected there to be yelling and waving of arms when we returned it. But… nothing. When you rent with billigermietwagen.de, body damage is included in your rental, just not windows. So, no problem. We dropped the car off and never heard about it again. Subsequently, when we went to Portugal the next year, we used them again!

I always like to see what foreign grocery stores carry. In Italy, we shopped for dried beans. Italy is known for flavorful beans, and many different varieties. We brought home a suitcase full (well, not quite) and enjoyed them at home (also planted some in the garden).

Psychology of traveling in a group

A Good Woman, a 2004 remake of Oscar Wilde’s Lady Windermere’s Fan, takes place on the Amalfi Coast. Starring Helen Hunt, Scarlett Johansson and Tom Wilkinson, this movie is set in Italy and you see beautiful backgrounds of typical scenes in Italy: sweeping views of the coast with whitewashed houses, stairs up the hillsides, children playing in the streets. It’s very romantic! The movie itself is just ‘okay’ in my opinion.

Scandal in Sorrento; the third installment of a 4 films saga, it starred Italian director and actor Vittorio De Sica and Italian actress Sophia Loren, who replaced Gina Lollobrigida. The film is entirely set in Sorrento, which was becoming an international destination in those years. Between a tarantella and a limoncello, the film also consolidated Loren’s reputation, and a few years later she started a successful career in Hollywood. She is today Sorrento’s honorary citizen. Roosters crow at almost any time of night or day, billy goats walk the streets, donkeys bray, and the dogs are howling.

A Weedend In the Sun! It’s January and the snow is falling as the Packers prepare to play the Seattle Seahawks in

Disclosure:  “Travel These Stones is a participant in the Amazon Services LLC Associates Program, an affiliate advertizing program designed to provide a means for sites to earn advertising fees by advertising and linking to Amazon.com and affiliated sites.”

This website uses cookies to improve your experience while you navigate through the website. Out of these cookies, the cookies that are categorized as necessary are stored on your browser as they are essential for the working of basic functionalities of the website. We also use third-party cookies that help us analyze and understand how you use this website. These cookies will be stored in your browser only with your consent. You also have the option to opt-out of these cookies. But opting out of some of these cookies may have an effect on your browsing experience.
Necessary Always Enabled
Necessary cookies are absolutely essential for the website to function properly. This category only includes cookies that ensures basic functionalities and security features of the website. These cookies do not store any personal information.
Non-necessary
Any cookies that may not be particularly necessary for the website to function and is used specifically to collect user personal data via analytics, ads, other embedded contents are termed as non-necessary cookies. It is mandatory to procure user consent prior to running these cookies on your website.
SAVE & ACCEPT